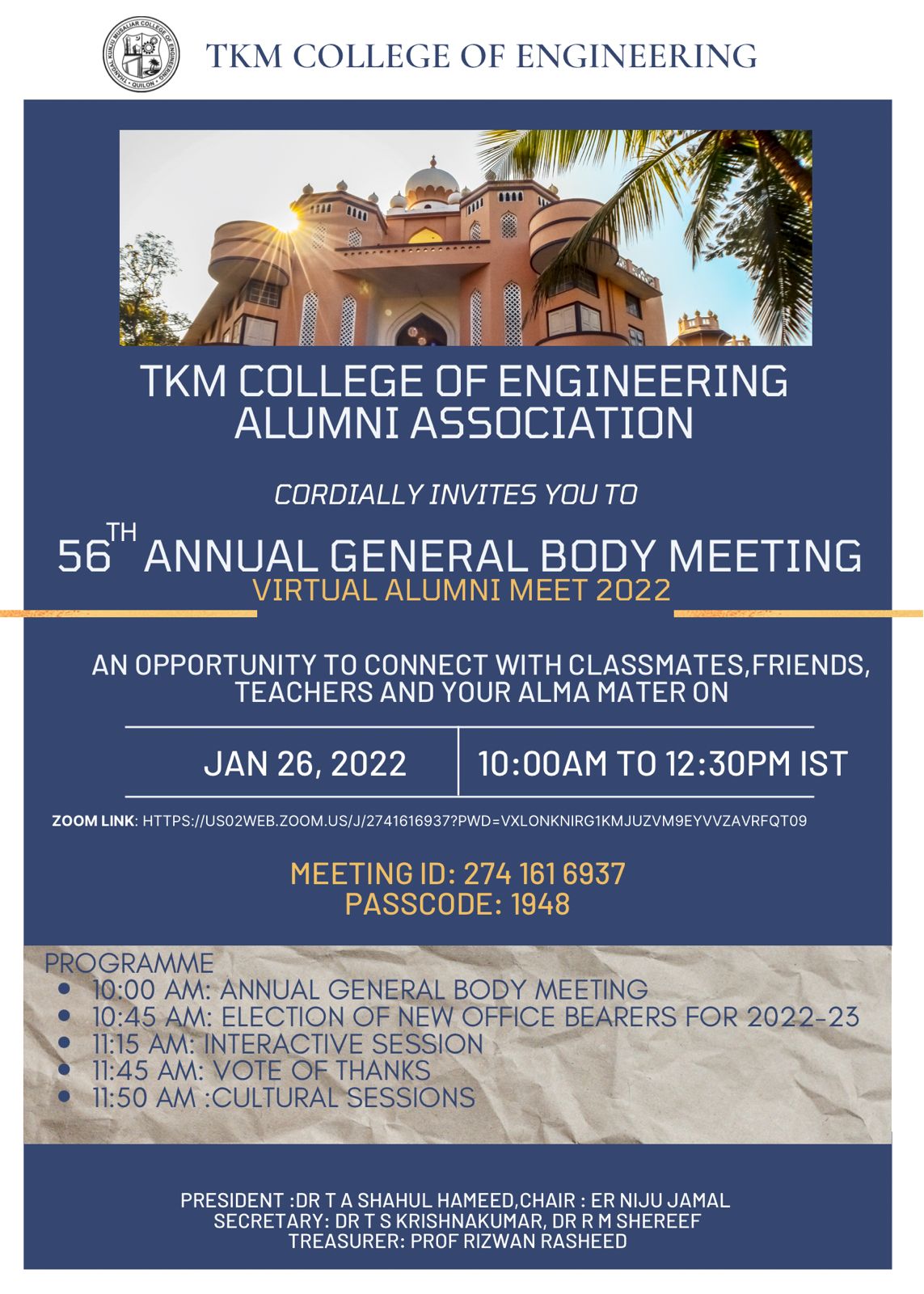 We cordially invite all for the 56th Annual General Body Meeting of our Alumni association on 26th January 2022, which is conducting virtually through zoom platform. The zoom ID and pass code are given in the invitation card. TKMCE Kollam is inviting you to a scheduled Zoom meeting.
Topic: TKMCE Kollam – 55th Annual General Body Meeting – Jan 26’22
Time: Jan 26, 2022 10:00 AM
Join Zoom Meeting
https://us02web.zoom.us/j/2741616937?pwd=VXlONkNiRG1kMjUzVm9EYVVZaVRFQT09
Meeting ID: 274 161 6937
Passcode: 1948 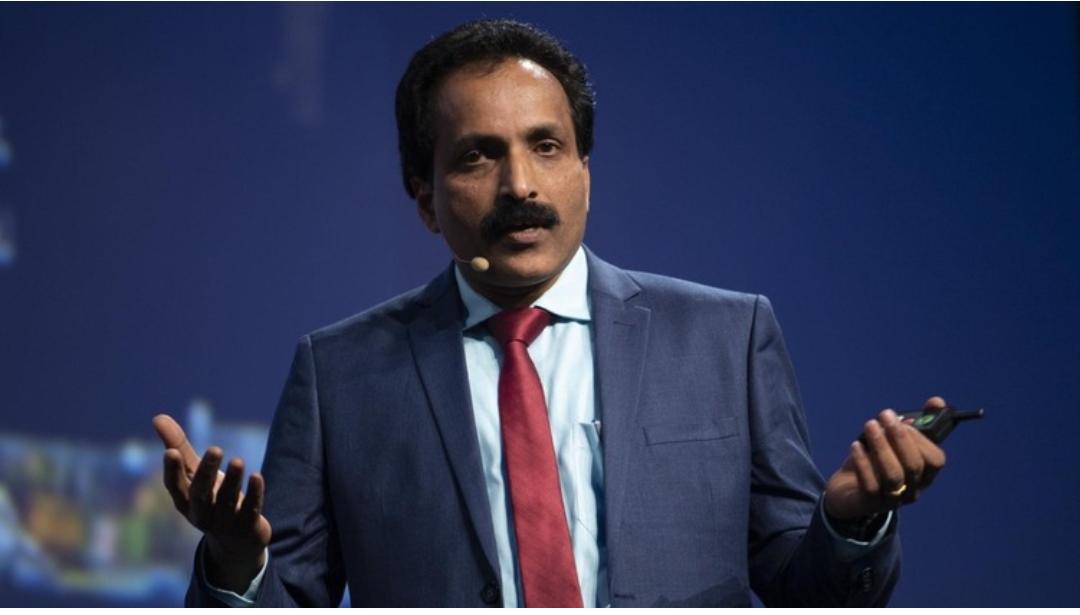 Our distinguished alumnus Dr. S Somanath, an Indian aerospace engineer and rocket scientist, has been appointed by the centre as the new chairman of the Indian Space Research Organisation (ISRO). He is currently the Director of Vikram Sarabhai Space Centre, Thiruvananthapuram. He was a team leader for the Integration of the Polar Satellite Launch Vehicle (PSLV) during the early phases of his career.
Dr. Somanath, born in July 1963, graduated in Mechanical Engineering from TKMCE in 1985, with the second rank in the Kerala university and completed his Post Graduation in Aerospace Engineering from Indian Institute of Science (IISc), Bangalore with a Gold Medal. He shall also serve as the Secretary of the Department of Space, Government of India and the Chairman of the Space Commission for a period of three years. 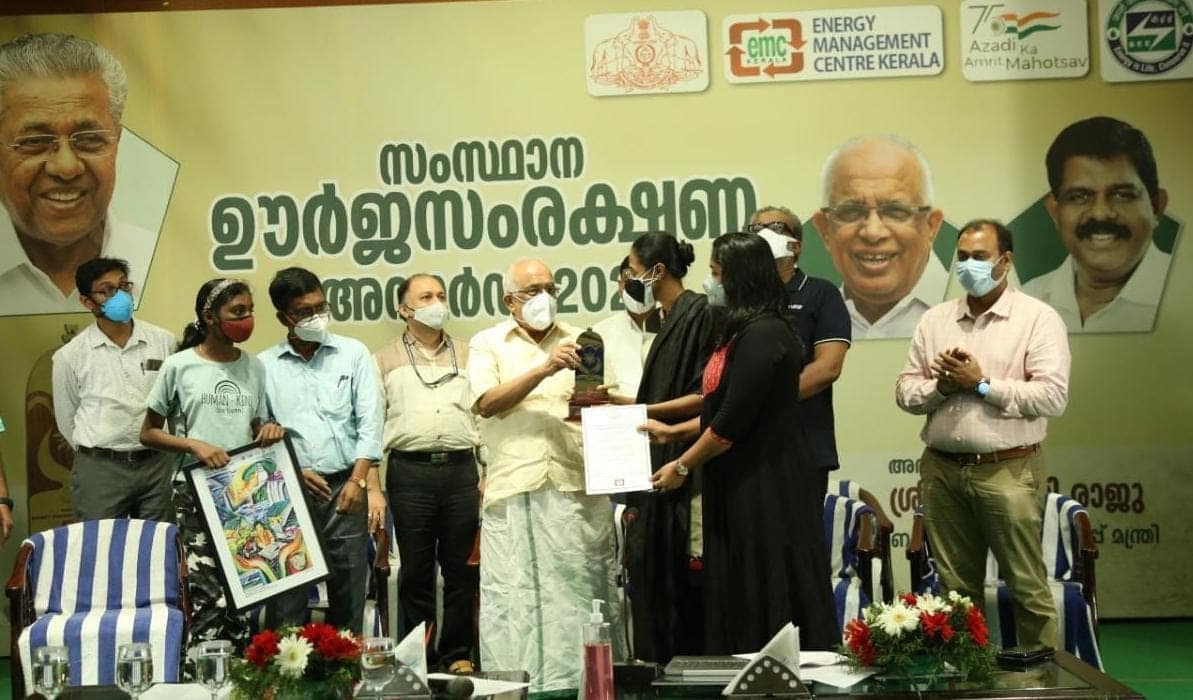 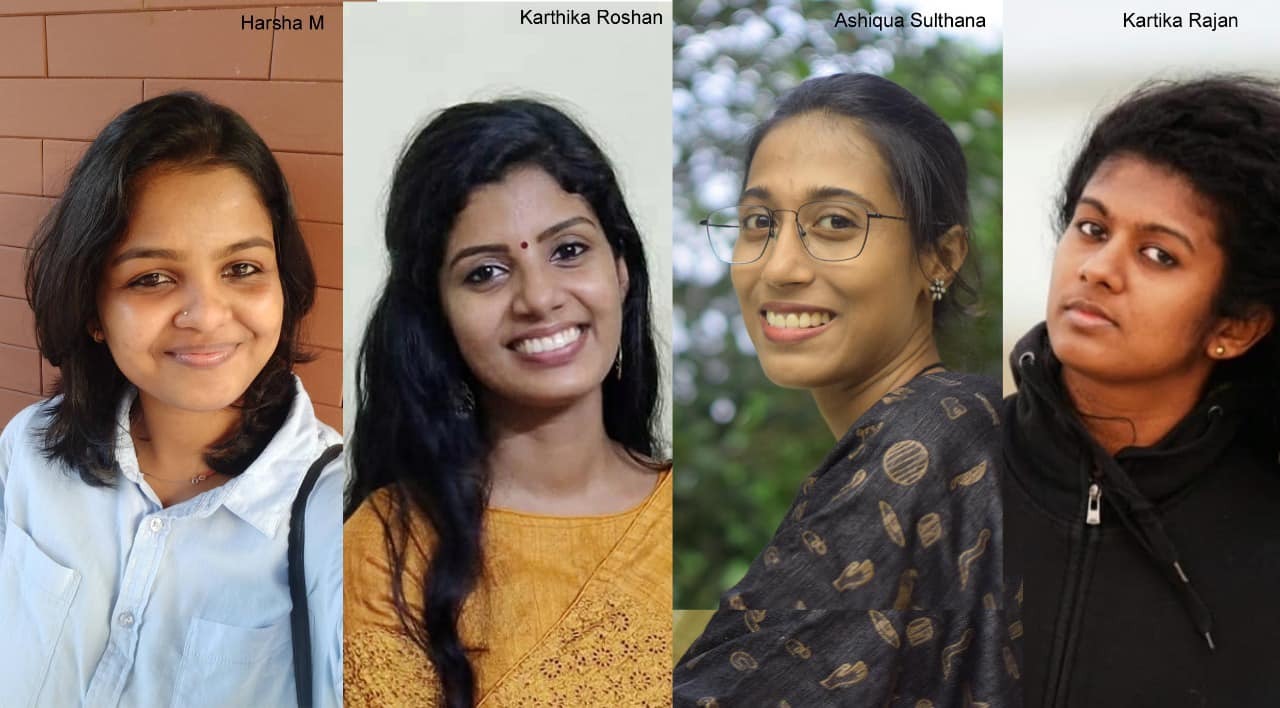 Tropical Greenovation Cluster (TGC)—a TKM alumni-led startup, received the 25th Kerala Energy Conservation Award on National Energy Conservation Day, 14th December 2021 from Honourable Minister of Power Mr. K Krishnankutty. The firm received this commendation award for its contributions towards energy conservation within architecture and green building industry. Ashiqua Sulthana, an alumna from the Department of Architecture, TKMCE founded Tropical Greenovation Cluster three years ago in Kochi and expanded operations to Kolkata in 2021. It is the first startup in the state providing various Sustainability Consulting Services under a single umbrella, focusing on the building sector. 2014 batch TKM alumni Harsha M, Karthika Rajan and Karthika Roshan are also part of the team. 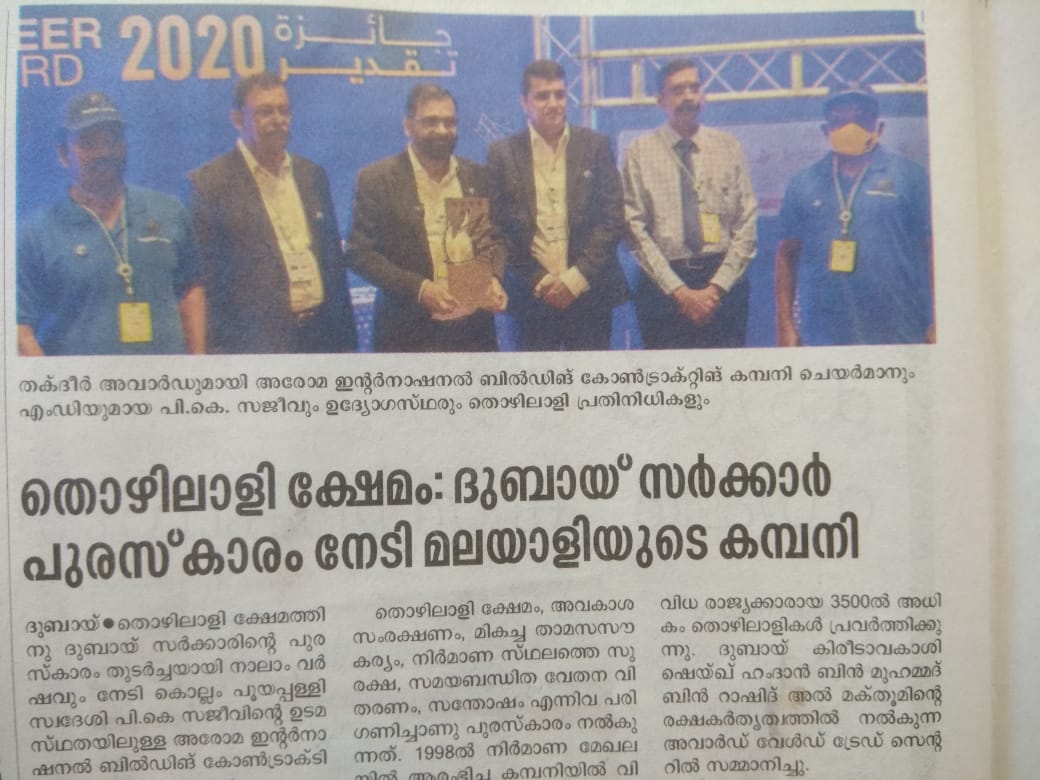 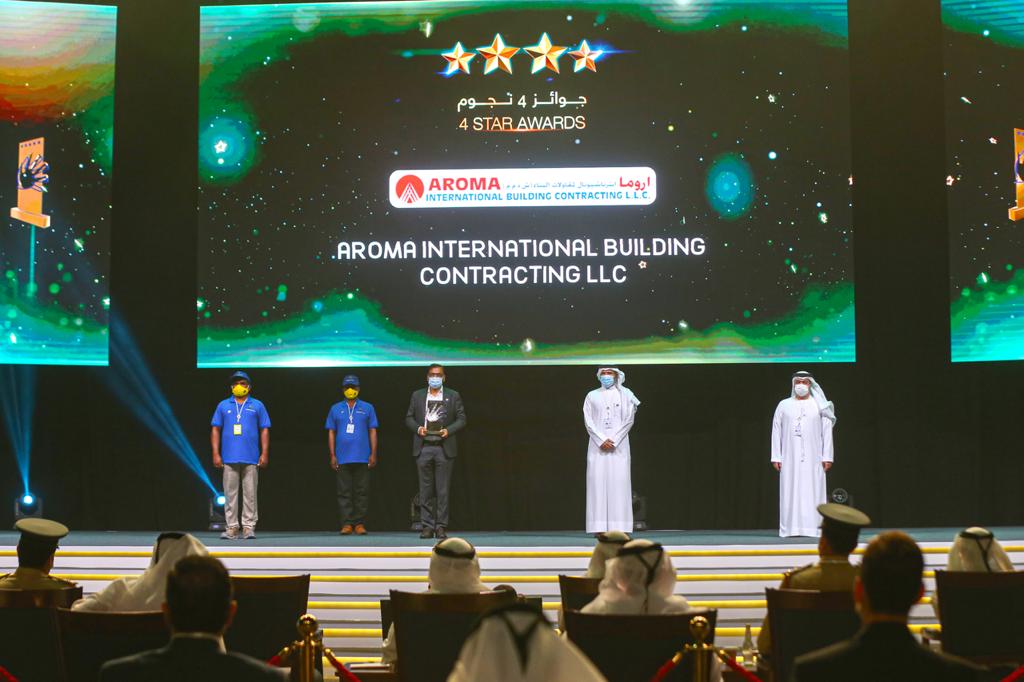 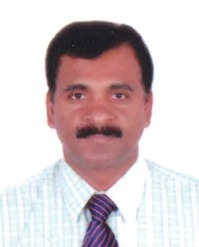 Our alumnus Sajeev P K wins Dubai government’s prestigious award
Aroma international contracting company owned by Sajeev P.K (89 Civil) wins Dubai Government's prestigious Taqdeer Award for outstanding performance in the field of employee welfare for the fourth consecutive year. Sajeev. P.K is the managing director of Aroma International Building Contracting LLC, started in 1998 and specialized in the field of Building construction. It is indeed a moment of great pride and happiness for the entire TKM fraternity. 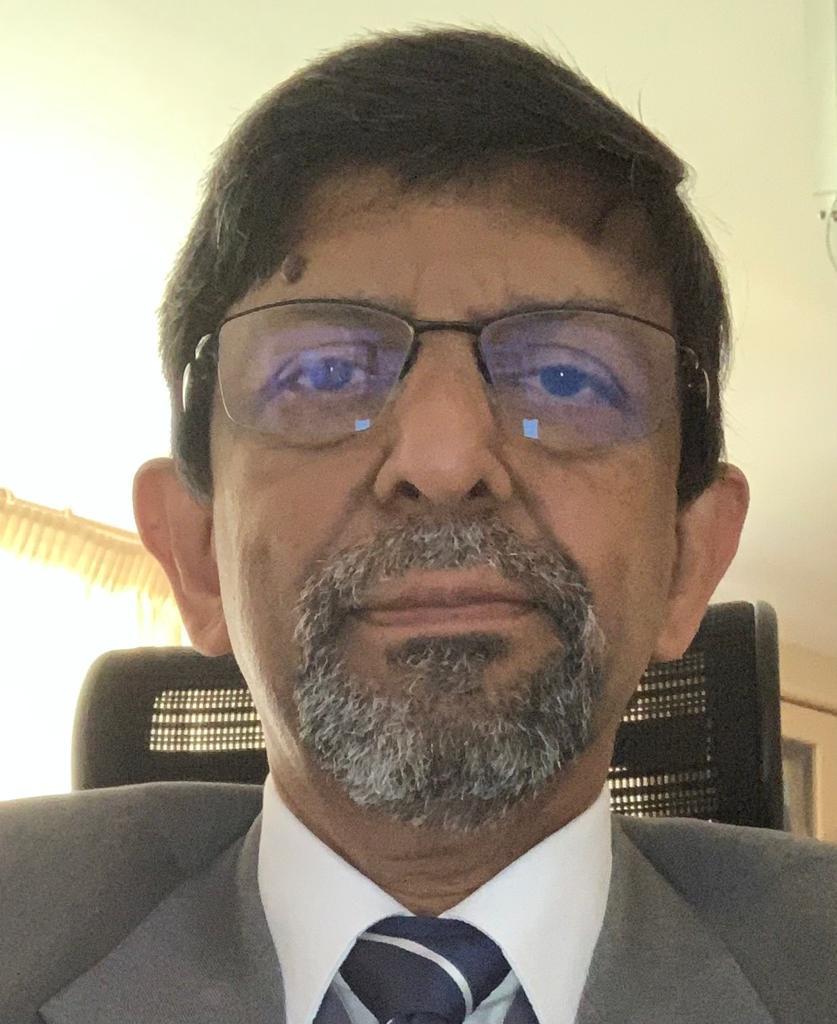 Our esteemed alumnus Professor P.A. Muhammed Basheer, FREng, has become the new President of the Institute of Concrete Technology (ICT), to serve for the next two years. The ICT is the only professional body in the world in the field of concrete with authority to issue professional qualifications. Corporate members of the ICT could become Chartered members of the Engineering Council, like other professional institutions in Engineering. Professor Basheer will be serving the ICT as its president when the Institute celebrates its 50th anniversary next year. The ICT offers the following membership grades: Student, Graduate, Technician, Affiliate, Associate, Corporate Member and Fellow, depending on educational qualifications and training in concrete. In addition, ICT has Retired Members and Honorary Fellows.
Professor Basheer, who is a Fellow of the ICT, says he is very pleased and honoured to be elected to serve as its President. At his acceptance speech, he has highlighted his 40 year long journey in concrete, with his undergraduate main project on the Design of High Strength Concrete and continuing this journey with a Masters degree by research in structural concrete, followed by a PhD and DSc in Durability of Concrete. He is also a Fellow of the American Concrete Institute (ACI), and a member of several technical committees of both ACI and RILEM (International Union of Laboratories and Experts in Construction Materials, Systems and Structures). He received the CANMET/ACI Award for sustained contributions made to concrete technology research in 2012 and the Lifetime Achievement Award from the Civil Engineering Research Association of Ireland in 2014. The India Chapter of the ACI honoured him by hosting an international conference in his name in 2016, which was attended by more than 550 participants from 32 countries. He says he is looking forward to working with global partners during his term in office as the President. 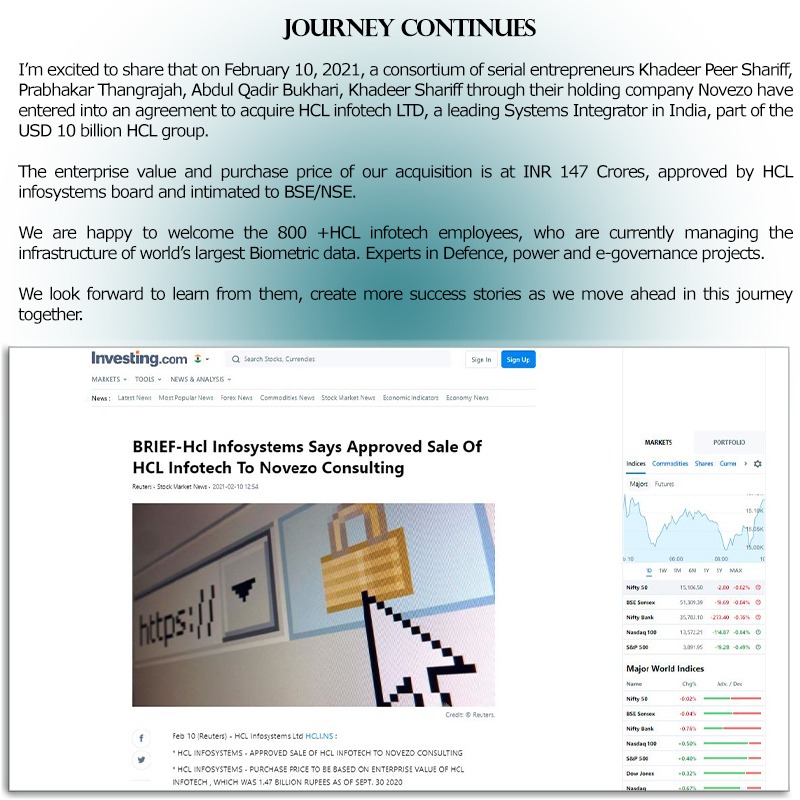 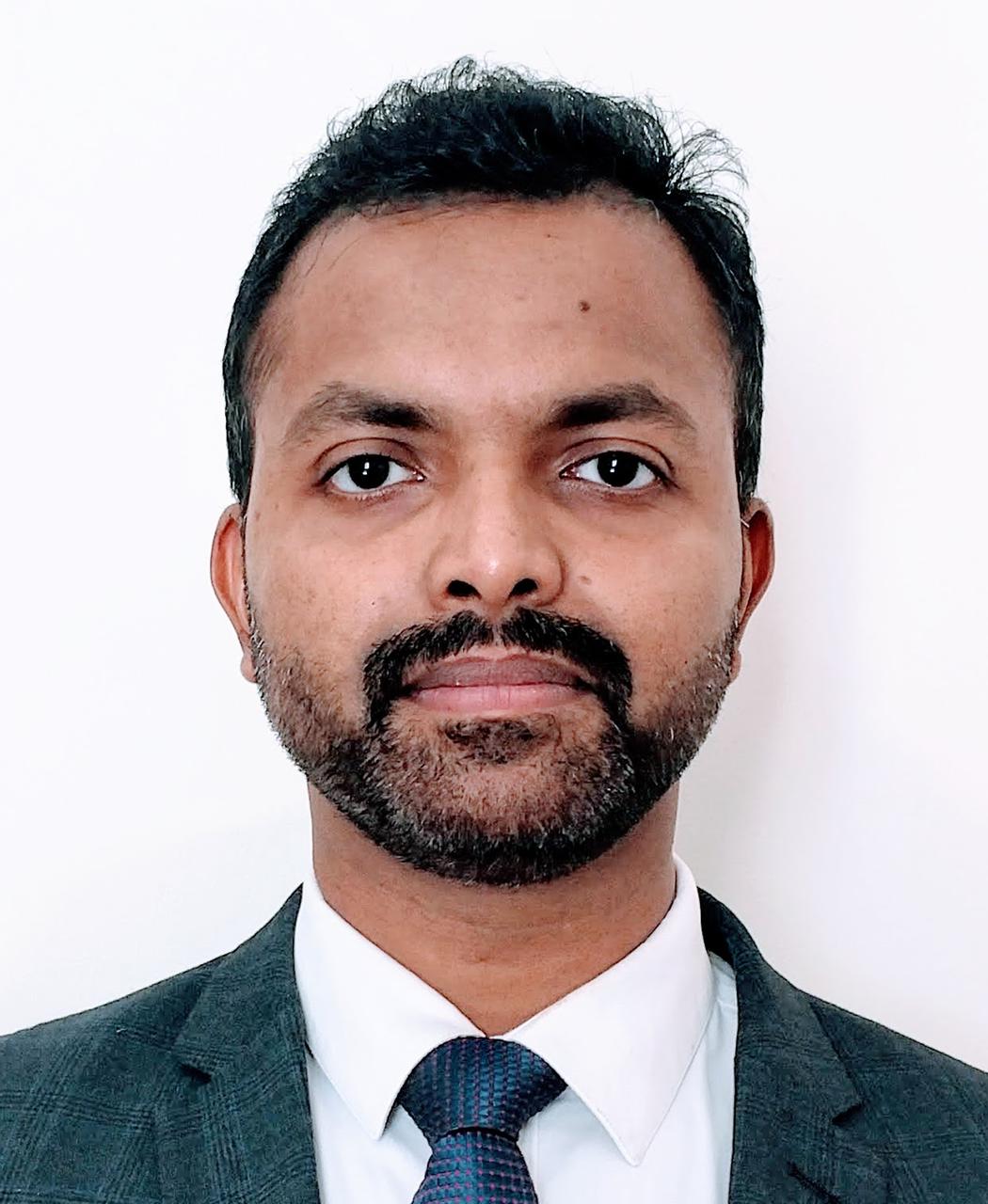