18th House under Back-to-Home Project Handed Over to Beneficiary 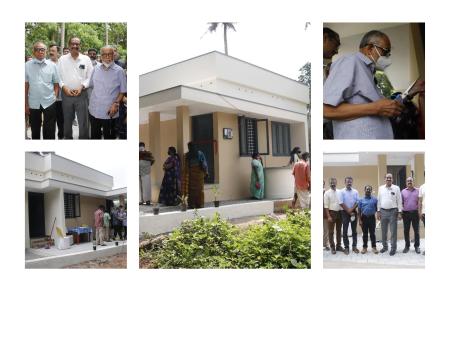 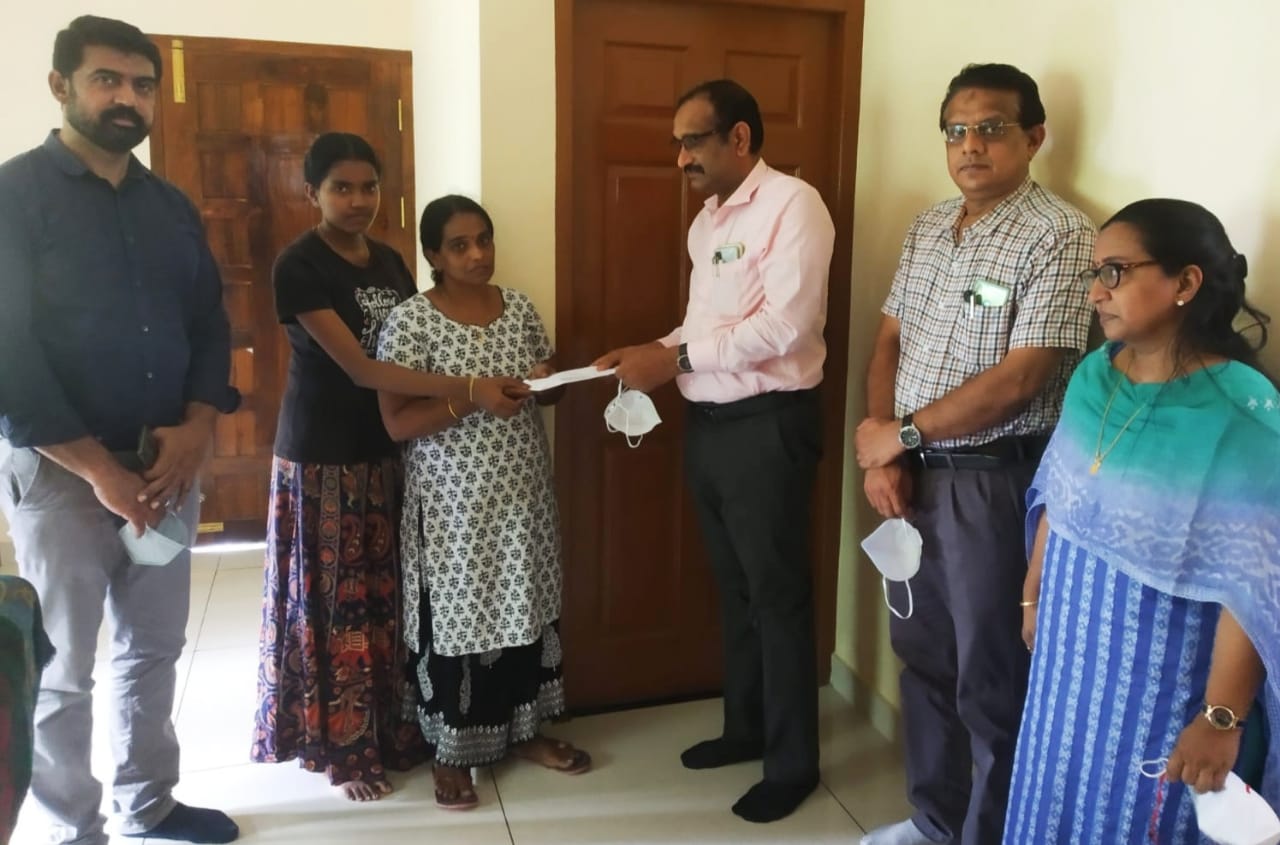 Thanks to an overwhelming response to a call for support to the family of Sooraj Krishna (our 6th semester student who succumbed to Covid19 in May 2021), TKMCE was able to do its bit in helping the bereaved family tide over the crisis that has come upon it. Principal Dr. T. A. Shahul Hameed, Dean - Academics Dr. Ashfak, Global Alumni Coordinator Dr. Sudheer, Senior Advisor Prof. Thushara and Prof. Anish handed over a cheque of Rs.14,41,483 to Sooraj's family at his house on July 27, 2021.
It is the generous contributions of our Alumni members and teachers that made this initiative possible. Contributions include amounts received from TKMCE Kuwait chapter (Rs.3,15,000), TKMCE Singapore chapter (Rs.1,34,000) and TKMCE Qatar chapter (Rs.1,00,000). The collected amount also includes contributions of Rs. 2,00,000 and Rs. 1,00,000, respectively, from two persons who prefer to remain anonymous. TKMCE is grateful to each and every contributor to the cause. 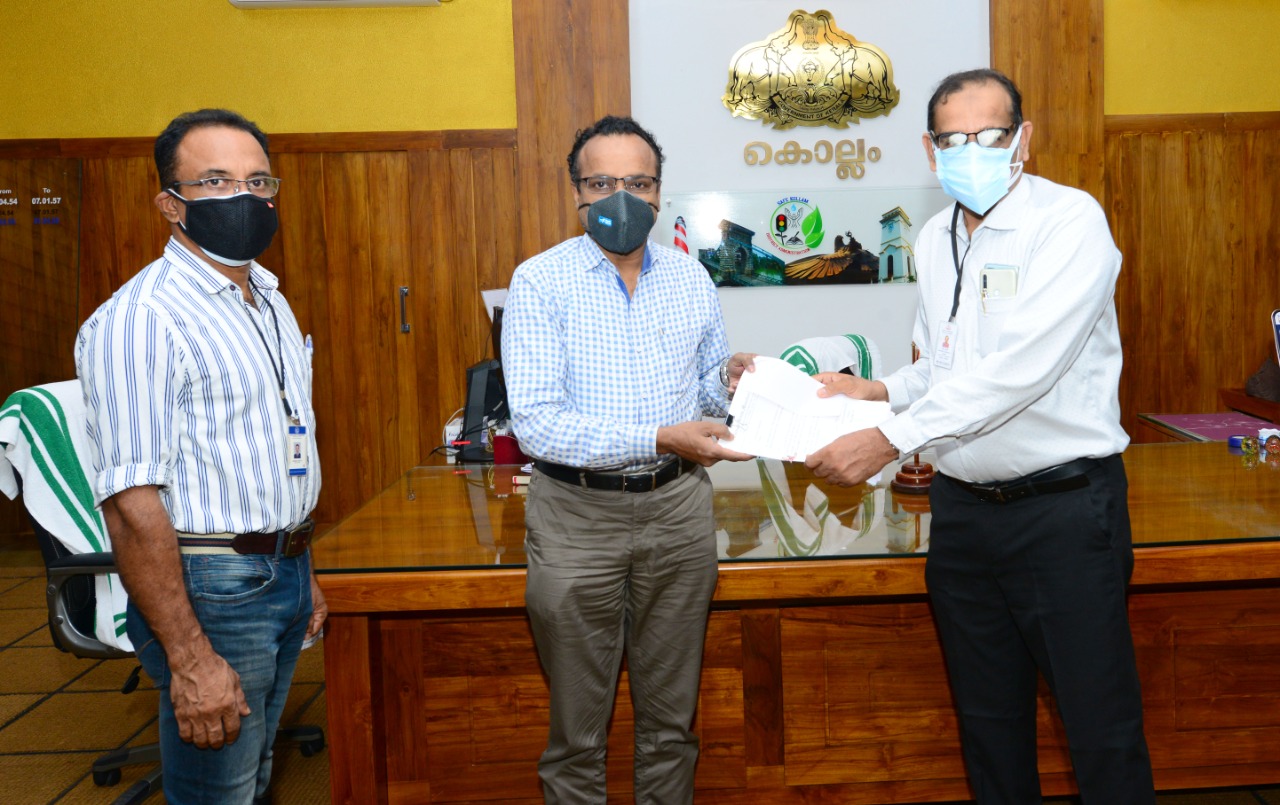 TKM Trust and the employees of all TKM group institutions together contributed an amount of Rs 10 Lakhs to Chief Minister's Distress Relief Fund (CMDRF) as part of vaccine challenge. Principal, TKM College of Engineering has handed over the amount to District Collector, Kollam at his chamber.

Back to Home projects is one of the prestigious projects that the College has undertaken as part of the social commitment of the institution. The project spanned the period from August 2018 to February 2021. The objective of the project was to take part in the reconstruction stage of the flood crisis management in Kerala. The project envisaged to construct houses for the flood hit areas of Kerala with financial support from the Alumni Association of the college.

For the construction of houses at areas like Munroe Island, 80 percent of the components used were factory manufactured. Only tie beam at plinth level connecting precast grid beams and screed concrete above precast roof slabs were cast in situ. The foundation was grillage with precast pre-stressed concrete beams filled with 40mm aggregate to avoid or limit settlement. Precast and pre-stressed concrete cavity walls helped faster construction and insulation of heat and sound. The roof was made of pre-stressed concrete beams laid at regular intervals with roof slabs laid one above the other with screed concrete laid over it to ensure water proofing. In the construction of some other houses, infill technology was used. The v-boards helped to regulate indoor temperature six degrees less than that in the exterior.

Construction of two houses at Edappal in Malappuram district was also completed under this project. One of them was financed by the TKM College Trust and the other was financed by the TKMCE Alumni Association. The beneficiaries of the two houses were Mr.Musthafa A of Alimakkanakath house and Mrs.Kalyani of Karuvathiparampil house, both at Edappal. 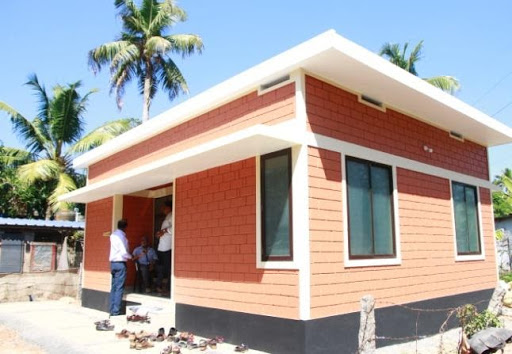 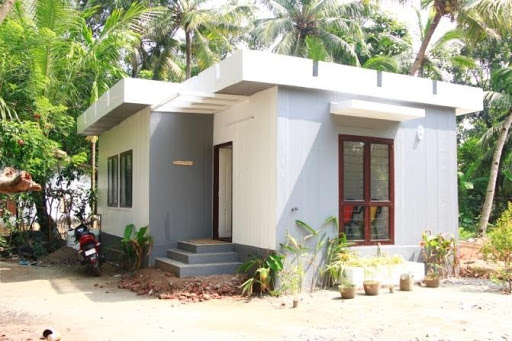 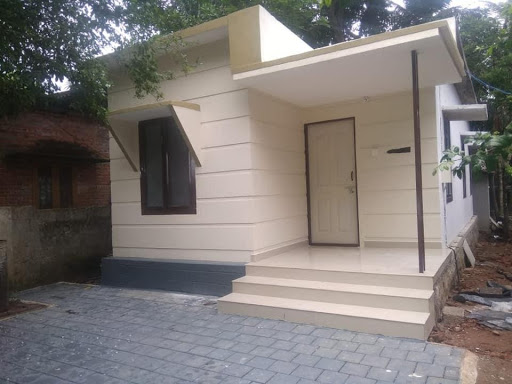